The major components of the cell are

Each cell has a limiting boundary, the cell membrane, plasma membrane or plasmalemma. It is a living membrane, outermost in animal cells but internal to cell wall in plant cells. It is flexible and can fold in (as in food vacuoles of Amoeba) or fold out (as in the formation of pseudopodia of Amoeba) The plasma membrane is made of proteins and lipids and several models were of Life proposed regarding the arrangement of proteins and lipids. The fluid mosaic model proposed by Singer and Nicholson (1972) is widely accepted. According to the fluid mosaic model, 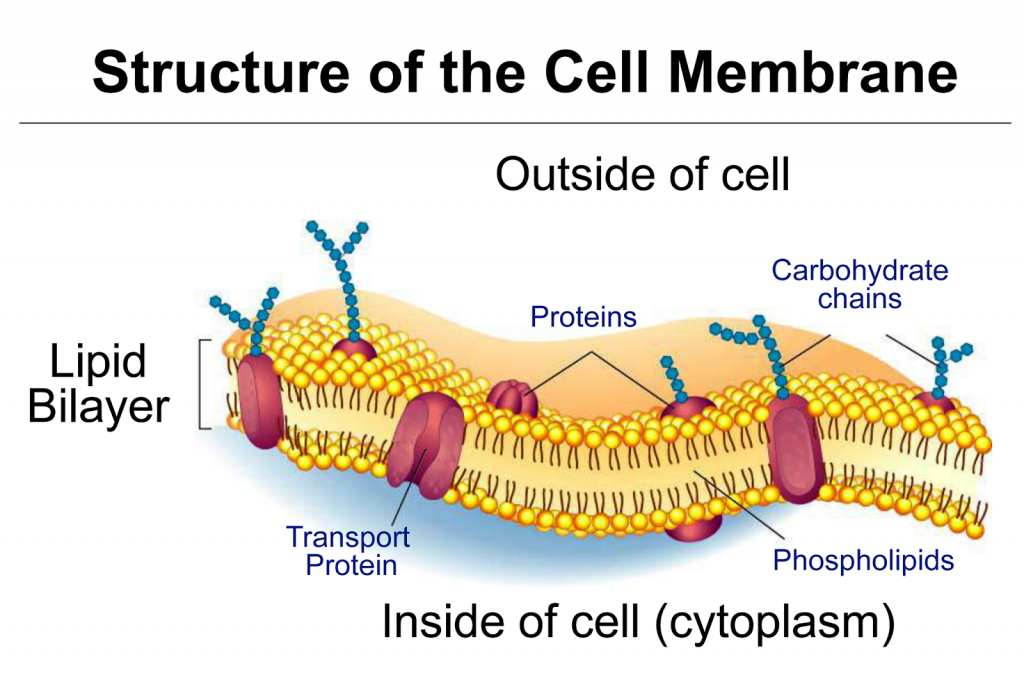 Small molecules can be transported across the plasma membrane by any one of the following three methods:

During bulk transport, the membrane changes its form and shape. It occurs in two ways: Endocytosis is of two types :

Cell membrane regulates movement of substance into and out of the cell. If the cell membrane fails to function normally, the cell dies.

In bacteria and plant cells the outermost cell cover, present outside the plasma membrane is the cell wall about which we shall study now.

Bacterial cell wall is made up of peptidoglycan. Given below is the structure and function of the plant cell wall.

THE CYTOPLASM AND THE CELL ORGANELLES

The cytoplasm contains many cell organelles of which we shall learn about :

Mitochondria and chloroplast – the energy transformers

Number usually a few hundred to a few thousand per cell (smallest number is just one as in an alga, Micromonas.

Structure: The general plan of the internal structure of a mitochondrion observed by means of electron microscope is shown in Note the following parts. 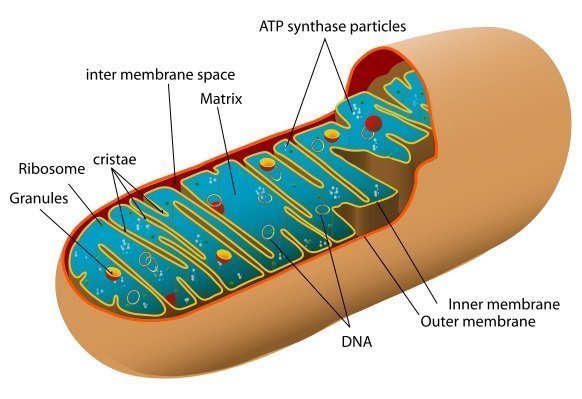 Function: Oxidises pyruvic acid (breakdown product of glucose) to release energy which gets stored in the from of ATP for ready use. This process is also called cellular respiration. That is why mitochondria are called the ‘power house’ of a cell.

A highly simplified flow-chart of the fate of glucose to release energy is shown below :

Plastids are found only in a plant cell. These may be colourless or coloured. Based on this fact, there are three types of plastids.

Found in all green plant cells in the cytoplasm. 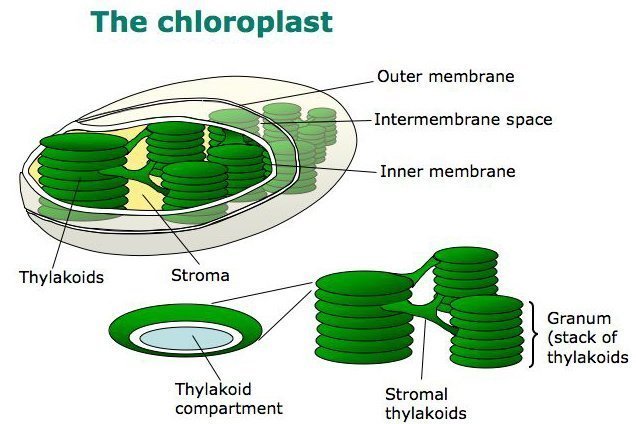 Similarities between mitochondria and chloroplasts: both contain their own DNA (the genetic material) as well as their own RNA (for protein synthesis). Thus, they can self-duplicate to produce more of their own kind without the help of nucleus.

Thought the chloroplasts and mitochondria contain their own DNA the hereditary molecule and also their own ribosomes, they are termed as semi-autonomous only because they are incapable of independent existence outside the cytoplasm for a long time. Since most of their proteins are synthesised with the help of the nuclear DNA.

The Endoplasmic reticulum (ER) and Golgi body are single membrane-bound structures. The membrane has the same structure (lipid-protein) as the plasma membrane but ribosomes do not have membranes. Ribosomes are involved in synthesis of proteins in the cell, Golgi bodies in secreting and the ER in transporting and storing the products. These three organelles operate together.

Fig.  show the diagram of ER and Golgi body as seen under an electron microscope. Note the ribosomes present in the ER.

The microbodies (tiny but important)

These are small sac-like structures bounded by the single membranes. These are of different kinds of which we will take up three, viz. lysosomes, peroxisomes and glyoxysomes.

Lysosomes are present in almost all animal cells and some non-green plant cells. They perform intracellular digestion. 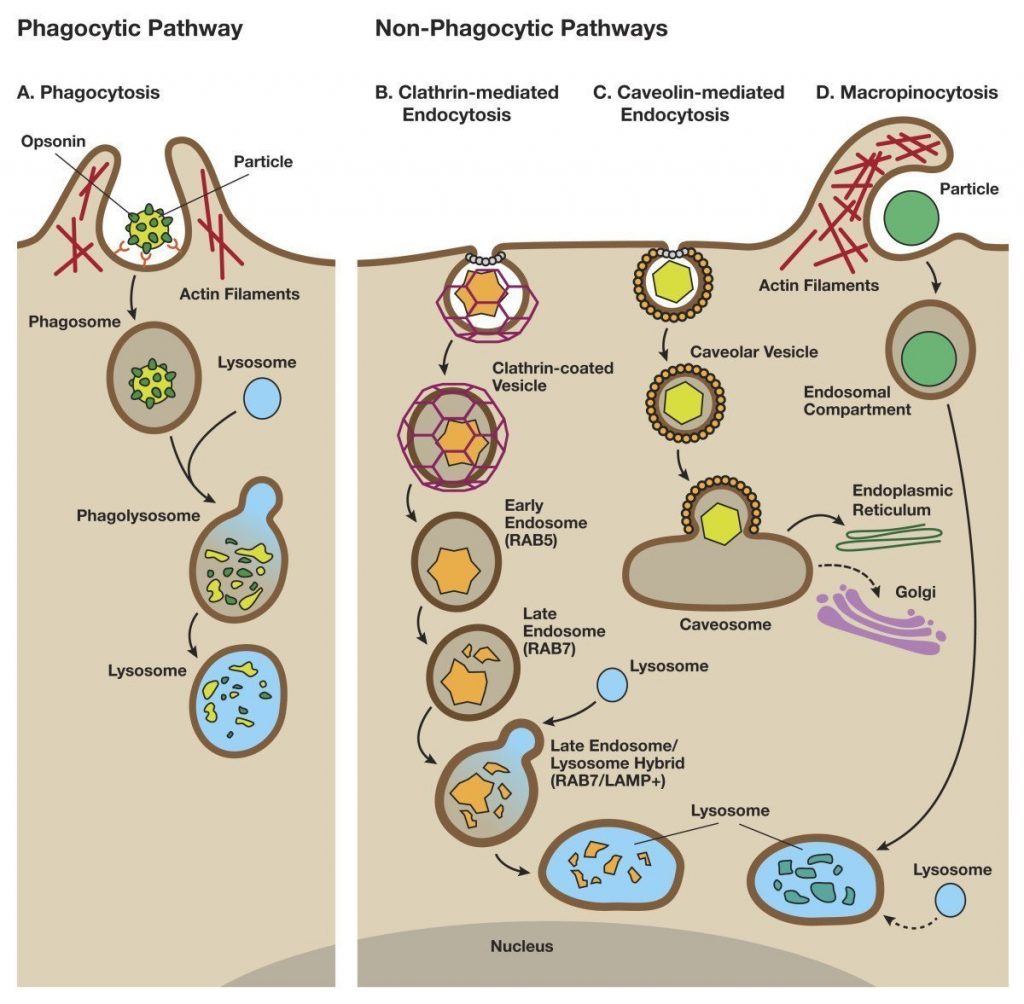 The main features of lysosomes are as follows:

Importance of intracellular digestion by the lysosomes

Found both in plant and animal cells. Found in the green leaves of higher plants. They participate in oxidation of substrates resulting in the formation of hydrogen peroxide.

Cilia and flagella (the organelles for motility)

It is present in all the animal cells (but not in Amoeba), located just outside the nucleus. It is cylindrical, 0.5 μm in length and without a membrane. It has 9 sets of peripheral triplet tubules but none in the centre (9 + 0). Each set has three tubules arranged at definite angles. It has its own DNA and RNA and therefore it is self-duplicating.

Function: Centrioles are involved in cell division. They give orientation to the ‘mitotic spindle’ which forms during cell division. 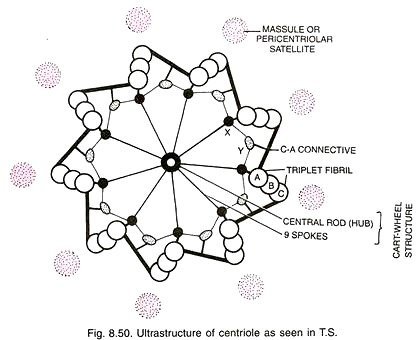 These are structures similar to centrioles. They have the same nine sets of triplet organization (9 + 0), as in the centrioles. The cilia and flagella appear to arise from the basal bodies.

General structure of the nucleus :

(i) It is the largest organelle seen clearly when the cell is not dividing.

(iii) It is mostly one in each cell (uninucleate, some cells have many nuclei (multinucleate).

The parts of a nucleus are given here : 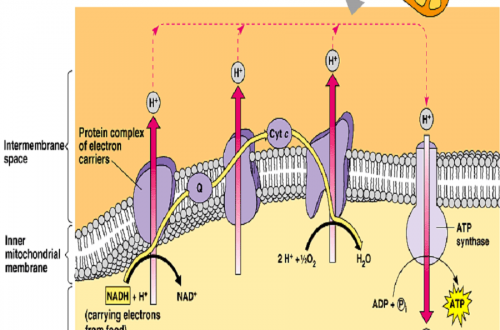