In our daily life, we come across several animals, plants, and microbes, which have been named in order to understand their importance and to communicate with them. However, this communication about organisms becomes difficult in an area or a region where they do not occur or if they occur but are recognized by some other name. Further, organic evolution has caused a great number of biodiversity adding another problem to biologists to remember, and to identify new ones. All these factors contribute to a need for developing a system, called taxonomy.Taxonomy is the branch of science dealing with naming,
Taxonomy is the branch of science dealing with naming, the grouping of organisms on the basis of the degree of similarity and arranging them in an order on the basis of their evolutionary relationship. Therefore, in other words, taxonomy is related to nomenclature, classification and phylogeny of organisms. Taxonomy unlike natural sciences such as Botany, Zoology, Physics, Chemistry, etc. is considered as a synthetic (man-made) and multidisciplinary science. It owes its progress on the advancement made in other branches of sciences like morphology, histology, physiology, cell biology, biochemistry, genetics, molecular biology, computational biology etc.
Nomenclature and Taxonomic Hierarchy
Carolus Linnaeus (1707-78) a Swedish botanist known as the father of taxonomy is credited for the establishment of taxonomy as a separate science. He was instrumental in framing the rules for naming the organisms, which he applied uniformly while giving his classification. It was he who popularized the binomial nomenclature that is the modern scientific way of naming organisms.

Another aspect of taxonomy is classification, which is the grouping of different organisms on the basis of shared features into different categories called taxa. Different taxa are then arranged in a hierarchical manner starting from lower to higher ranks that is:

This ordered arrangement of various taxa is called taxonomic hierarchy.

In this taxonomic hierarchy, each organism is assigned a species name and species of very similar organisms are grouped into a genus. The genera having very similar characteristics are grouped together into a family and similarly, several families form an order, several orders into a class and ultimately on the top, all similar classes are grouped into a kingdom
In recently proposed classifications, a new higher rank- domain/empire has been added on the top of rank, kingdom.Classification is done in order to make the process of identification of known organisms
Classification is done in order to make the process of identification of known organisms simpler. While classifying the organisms it is presumed that all the organisms have diverged through organic evolution from one common ancestor. This is called the concept of unity amongst diversity. Another important point to remember about classification is that members of higher level of ranks share fewer characteristics than those in lower level ranks. One of the objectives of taxonomy is to classify organisms according to their evolutionary (ancestral) relationship (phylogeny), which is not an easy task especially in absence of connecting fossils links. Creating a universally accepted system of classification has always remained a problem in the field of taxonomy. This is because being synthetic branch, taxonomy is very subjective, and there is no consensus among biologists over the uniformity of importance given to different characters in relation to evolution. Moreover, our knowledge about living organisms is still incomplete; therefore any change or addition in this knowledge-database always reflects in the field of taxonomy.
Earlier taxonomists divided the living organisms on the basis of morphological characters, as there was no any sophisticated tool available to study living world. So, whatever information was available it was about visible macro-organisms. Therefore organisms were arranged into two groups- plants and animals based on easily observable (phenotypic) characteristics.

This system of classification was called two-kingdom classification and it was followed for a very long period in history of biological sciences. However, invention of microscope in 16th century made it possible to explore the living world, which was not earlier possible to explore through human-naked-eyes. This exploration revealed an altogether new world of microorganisms sharing features of both plants and animals. For example, Euglena, a green, autotrophic, motile organism having definite shape and size, and obtains food by ingestion process in absence of light. Similarly Chlamydomonas, a photoautotrohic organism but also has animal-like feature such as motility and definite shape and growth. Further, fungi although have plant-like features such as immobility, irregular shape, and indefinite growth but also possess heterotrophic mode of nutrition, a characteristic feature of animals. Therefore such microorganisms could not have appropriate placement in two kingdom classification. In order to classify these microorganisms, Ernst H. Haeckel in 1866 proposed a three-kingdom classification in which he added a new kingdom – Protista.

In this new kingdom he included all simple microscopic living organisms such as bacteria, microalgae, protozoa, fungi and sponges. Further advancement in the techniques of microscopy and their application to biology generated new information that added to the scientific knowledge. Studies of various organisms at cellular and subcellular level in 19th and 20th centuries proved that all organisms are made up of a basic unit called cell, which could be structurally simple (prokaryotic cell) or complex (eukaryotic cell). All the known organisms possess either prokaryotic or eukaryotic cell organization and therefore they can be accordingly called as either prokaryotes or eukaryotes, respectively. Several taxonomists insisted on inclusion of this fact (cell type) in classification of organisms. In 1956, Lynn Margulis and H. F. Copeland adapted this criterion in their classification and proposed a four-kingdom classification system in which kingdom- Protista was divided into two new kingdoms, Monera containing all prokaryotes and Protoctista containing all simple, microscopic eukaryotic organisms like algae, protozoa and fungi. In 1969, R. H. Whittaker proposed a five-kingdom classification in which kingdom –
In 1969, R. H. Whittaker proposed a five-kingdom classification in which kingdom – Protoctista was split into kingdoms- Protista and Fungi. Carl Woese (1990) suggested further rectification in system of classification. Relying on the information gathered with the help of various techniques of molecular biology about different prokaryotes he proposed revision of kingdom- Monera. In this classification kingdom- Monera was abolished and a new category- domain on the top of category, Kingdom was introduced. This taxonomic system is known as a three-domain classification that includes domains – Bacteria, Archaea and Eukarya.
Thus, in conclusion, taxonomy is still a growing discipline, and system of classification and status of evolutionary relationship amongst various groups will remain unsettled until we have complete information about all the organisms present on this earth. Till then we have to revisit our taxonomic system again and again in light of new information and knowledge as we have been doing so since past.

Whittaker delimited the five kingdoms on the basis of three main criteria viz. cell structure type, the degree of cellular organization and mode of nutrition. Besides these major characteristics, he has also given importance to characters of ecological role-played and mode of reproduction.
Major criteria on which five-kingdom classification is based

He also attempted to establish phylogentic relationship amongst various groups of different
kingdoms.

According to him the earliest living forms (progenote) produced prokaryotic organisms or monerans. Monera gave rise to protists probably through association of several types of primitive and advanced monerans. Protists in tern gave rise to fungi, plants and animals.
The characteristic features and members of each of five kingdoms are briefly discussed:
Kingdom – Monera

Demerits of five- kingdom Classification
Although this system is considered to be an advanced system but still objections have been raised against this, which are following.

Three Domain Classification
Progress done in molecular biology especially in biochemistry and molecular genetics in later decades of 20th century provided new techniques to study and compare organisms. The study of chemical structure and sequence of macromolecules such as proteins and nucleic acid can give insights in understanding the functions and evolutionary relationship of different organisms. For example, cytochrome c protein, a component of electron transport chain occurring in mitochondria; rbcl gene, encoding rubisco enzyme present in chloroplast and small subunit ribosomal RNAs (SSUrRNAs) are very useful in such studies. Among various probable contender macromolecules that can help in determining the relationship amongst entire living world, rRNA fits the requirement the most as this form of ribonucleic acid is (a) found uniformly distributed in all the self-replicating cells as one of the basic components of ribosomes; (b) easy to isolate; (c) structurally stable due to its very low mutation rate therefore making it an ideal molecule for detecting the relatedness amongst distant species. Carl Woese and George Fox (1977) compared 16s/18s rRNA present in different species and concluded that rather than two different basic cell types (prokaryotic and eukaryotic cells) as suggested by cytological data, molecularly, there are, in actual, three basic types of cells –

If organisms are grouped on the basis of three basic cells, the molecular dissimilarity among different cell type based groups appears so prominent that these groups cannot be  Biological Classification Institute of Lifelong Learning, University of Delhi 15
considered equivalent to the taxon, kingdom. Therefore, Carl Woese et al. introduced a new taxon – domain above the level of kingdom in their new system of classification, which they proposed in 1990. Under this system, life has been divided into three domains, the Bacteria, the Archaea and the Eukarya.

Just beneath domain is the rank of kingdom. The question of exact number of kingdoms in each domain has been left unaddressed for future settlement, as new emerging molecular data will soon throw more light on such natural groupings. However, in domain- Bacteria the elevation of different phyla, proposed in earlier contemporary systems, to the ranks of kingdoms has been suggested. Similarly, in domain- Eukarya three kingdoms: Plantae, Animalia and Fungi; and division of protists (kingdom-Protista) into various kingdoms on the basis of molecular characterization have been suggested. Domain, Archaea contains two kingdoms- Euryarchaeota (group of methanogens) and Crenarchaeota (group of extreme thermophiles).
Characteristic features of three domains. 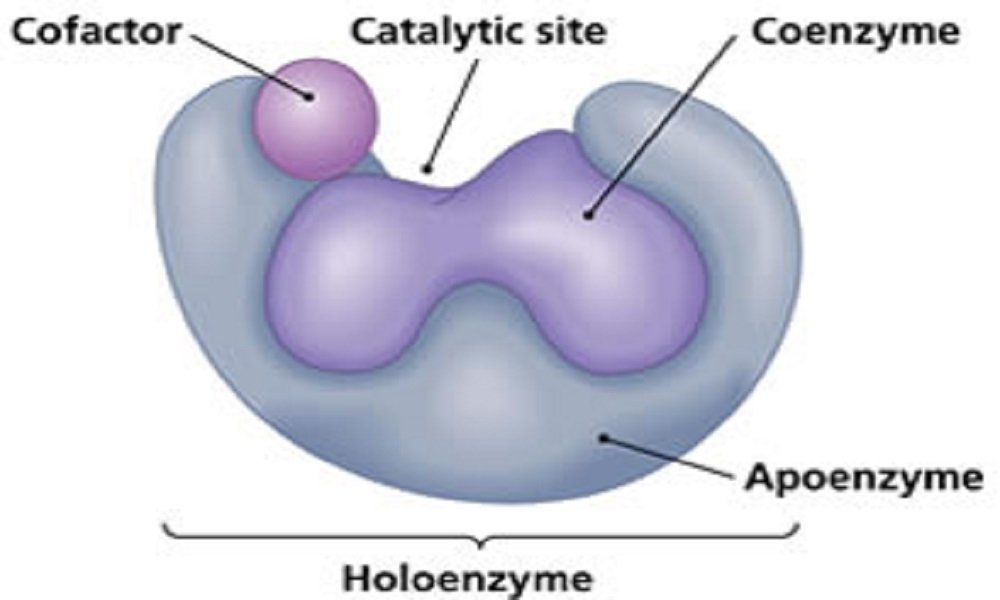